I have to start this post with a Happy Birthday to my man!  He’s turning 36 today so now he’s older than me for the next 7 months.  He’s one of those men that is incredibly hard to buy gifts for because when he wants something, he just goes out and gets it.  And then when I ask him what he wants, he says “nothing”. Grrrrrr.  But I think I found him the perfect gift.  He loves country music and one of his favorite artists right now, Dallas Smith,  is playing a concert in Vancouver for Valentines day.  All the tickets were sold out but I found a couple, woot woot!   So were going!  Along with two of our good friends, Bob and Mandy.   He doesn’t know yet, but he usually doesn’t read the blog so I’m good for a couple hours till I get the chance to give him the tickets tonight at dinner.  I’m excited!  I know hes going to love them so I have been dying to tell him.

Happy Birthday Kevin!  If you read this… lol

On to the recipe:

These little twice baked potatoes are our second Super Bowl/finger food offering this week.  These ones are my personal favorite!  Frick they are good.  I almost melted on the floor at my first bite.  We wanted to do something a little different than the usual bacon, cheddar and green onions for these.   The farmer sausage mixed with sundried tomato is somewhat of an unusual flavor (as in neither Debbie and I have ever mixed the two) but it works really really well!   And you really cant go wrong with gruyere cheese, can you?

Speaking of Kevin, he loved these little potato bites too, but he said that he would like them just a little more if the skins were crispy.  If you like your skins crispy too, all you have to do is bake the skins for maybe 5 – 8 mins after you scoop out the potato flesh.  Then when you fill them, the skins are crispy and the insides are soft and gooey.   Maybe ill try them like that next time, but I like them soft like this too. 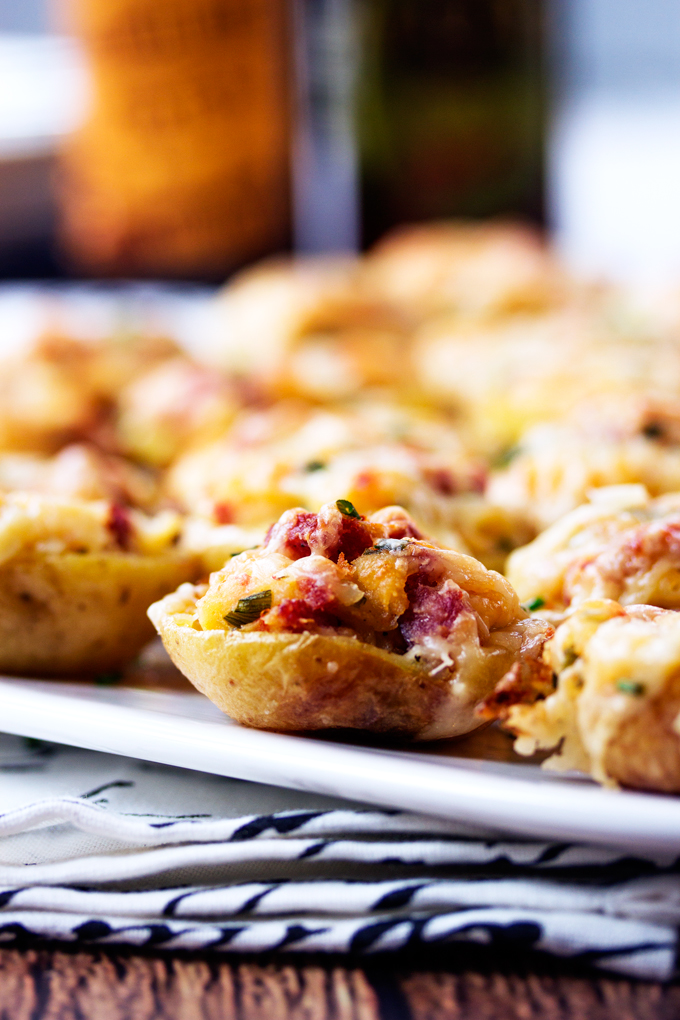 Potatoes are both mine and Debbie’s all time favorite starch. We could eat potatoes everyday and especially stuffed potatoes! These two-biters are perfect because we (or you) can still have one or two without feeling like you ate a big huge potato.  The only thing is that you just have to be able to stop!

They are actually no more extra work than a regular size potato and actually, they take less time because the potatoes themselves take less time to bake than a big potato.   Perfect for when you are entertaining and in a hurry.  Plus… they freeze great, so you could make these ahead of time, freeze them, and then just pull them out and bake them when your ready.   I love recipes that freeze well,  especially appies.  It makes having people over much less work for me 🙂 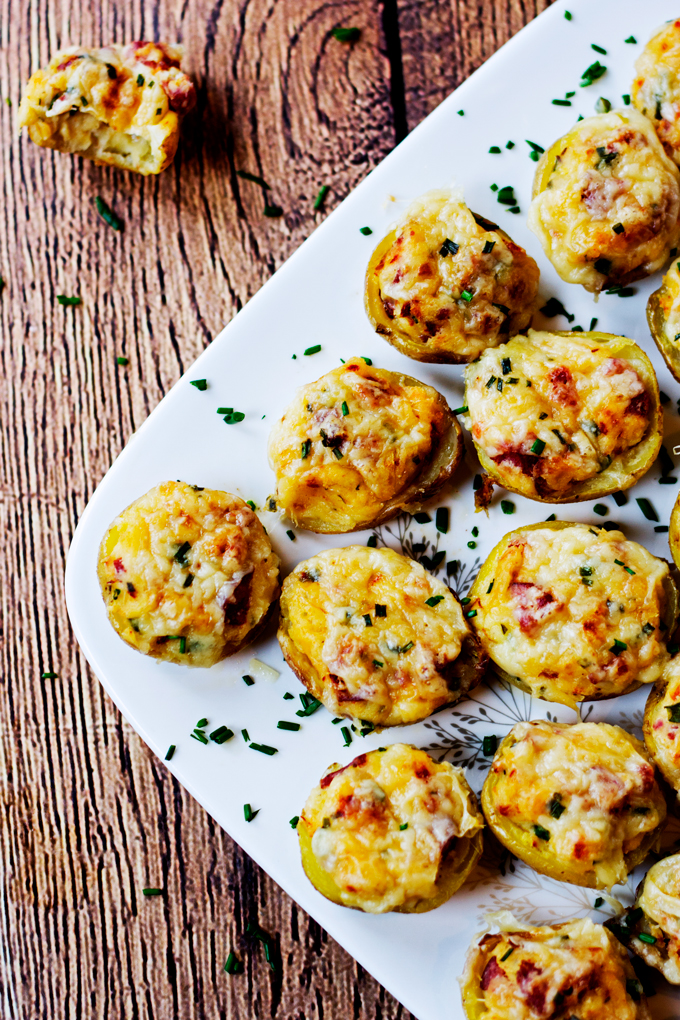 When we posted the Chicken Taquitos with Avocado Ranch Dip on Monday, we gave you an option to make them much healthier by just omitting the cheese.  Yes they taste a bit different, but I know that they would still taste amazing like that.  I can’t say that these would taste the same if you omitted the cheese, however, if you are watching your dairy or your calories, I believe that these would still taste great without the cheese, but I would add a little butter and maybe a tad bit more salt.

I think I might have to make these again for our Super Bowl party.  Enjoy guys! 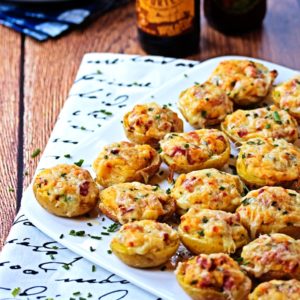