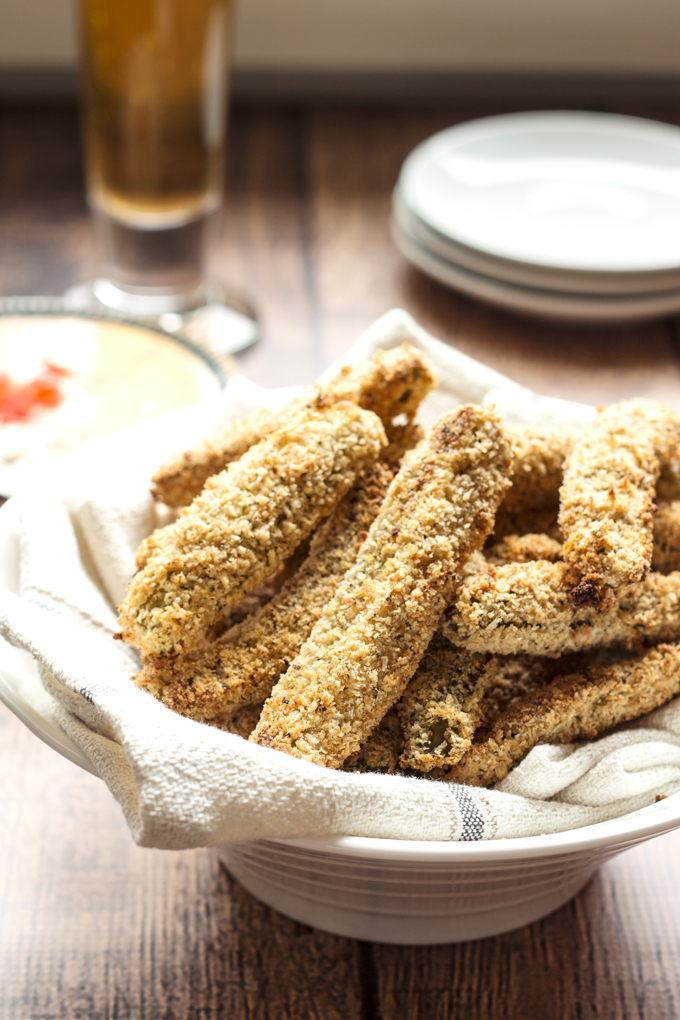 When we were in Vegas a couple weeks ago, I had fried pickles for the first time.  They were incredible! I don’t remember the name of the restaurant, but I do remember that they had a mechanical bull and I rode it in a short, white, strapless dress!  I’m not kidding.  I really did that.  So silly, but fun!  Their fried pickles were covered in a crunchy coating, fried till super crispy and came with a spicy mayo.  Did I mention that they were incredible?  So much so that I couldn’t stop thinking about them for the rest of the trip and how I would make them when I got home.  Debbie was taking a nap when I had them so I told her about them constantly. Just to make her jealous.

Debbie and I decided to try our hand at a baked version. First, so they would be much healthier and second, so we could eat lots of them! But they still had to be super crispy and, of course, incredible.   Debbie and I had our work cut out for us, but we managed to come up with a recipe and method that fit the criteria and then some.  Our oven fried pickles turned out exactly like the ones I had in Vegas, only a lot less fat. 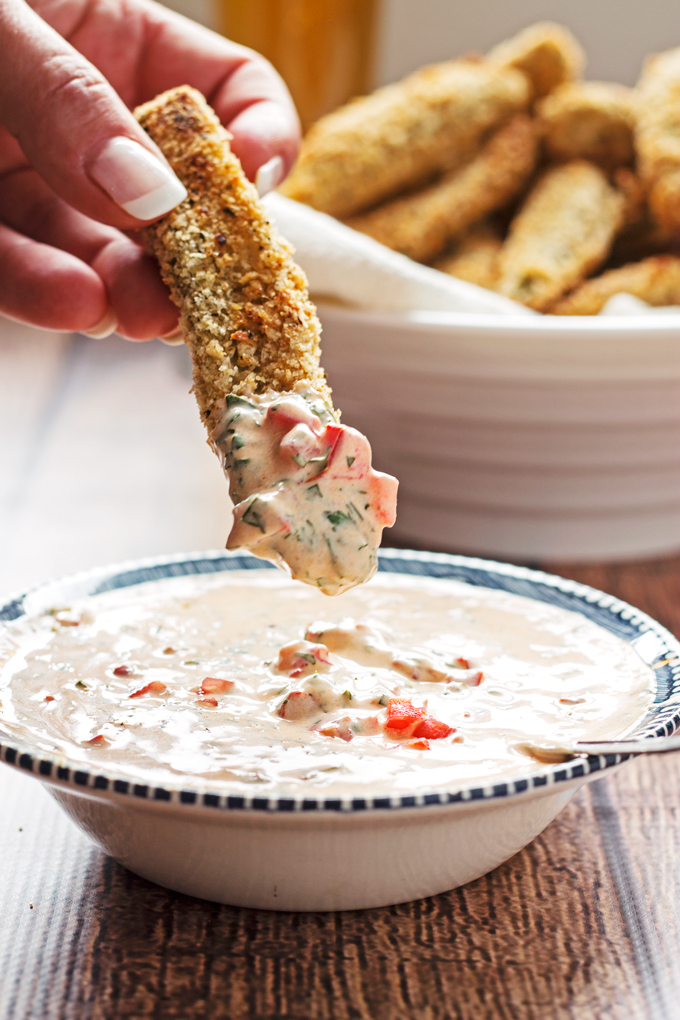 Turns out, getting a crispy coating for the pickles is all about the method. We tried a couple different ways of coating the pickles and found that coating them first in seasoned cornstarch, then dipping them in a beaten egg, and finally in seasoned panko bread crumbs make the pickles the most crispy.  We also tried cutting them two ways.  In long spears, and also slicing them in rounds.  Spears worked the best by far!  The rounds were ok, but holy cow was I tired of dipping each one three times!  They took forever to prepare, so the spears won for that reason alone.  They are much quicker to coat, get in the oven, and into my belly!

We used Debbie’s dill pickles for these.  They are so good!  We will be making them this year again.  We actually have a lot of canning to do this year.  Dill pickles, pickled beets, and spicy beans.  We will be sure to post the recipes we use.  They are tried and true and always turn out awesome! 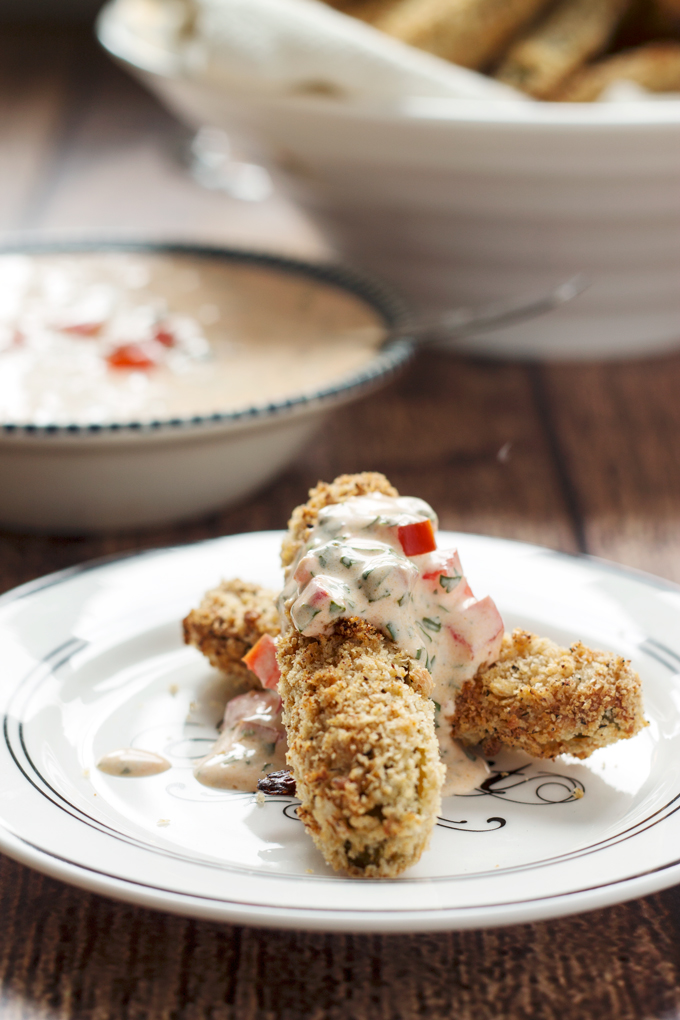 This dipping sauce is nothing like the one I had in Vegas, but I like it better. I just took a look through my fridge, took out a some ingredients and started mixing one up. I combined mayo with a bit of buffalo wing sauce, chopped up some cilantro, squeezed in some lime and sprinkled in some salt. I added some diced and seeded Roma tomatoes as well for some texture. The sauce does get a little thin and if you like a thicker sauce, just add a bit more mayo. Same goes for heat. Add a little less buffalo sauce. We had to do this for Debbie. Her little tongue was on fire when she tasted it at first. She’s a bit of a baby when it comes to spice, but she’s starting to come around.

These are going to become a staple appy in both our houses! The next challenge will be to make these puppies gluten free… 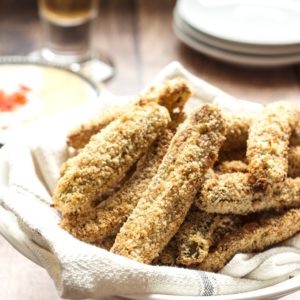