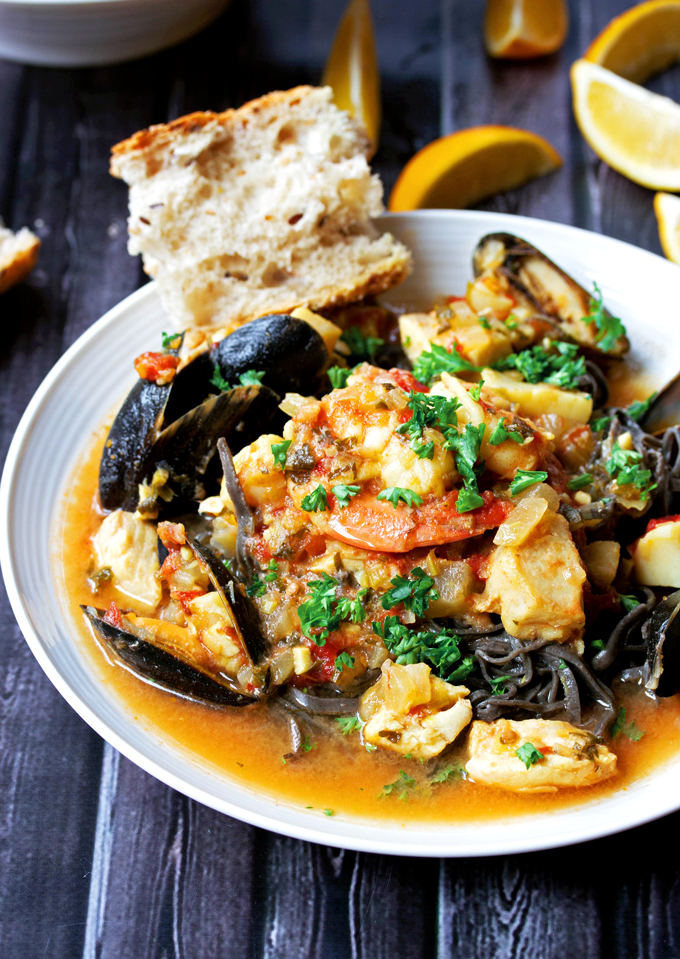 Debbie went with Mark and their two puppies to Oak Harbour on Whidbey Island last year where they found this little seafood place they fell in love with. It had mostly deep fried food on the menu, but Debbie spotted a seafood stew and ordered it. She said it was to die for and she ordered it every time they have been there since. Debbie has since had cravings for the stew at home so she set out to re-create the dish. What she came up with ended up being better than the restaurant version. This is her recipe… 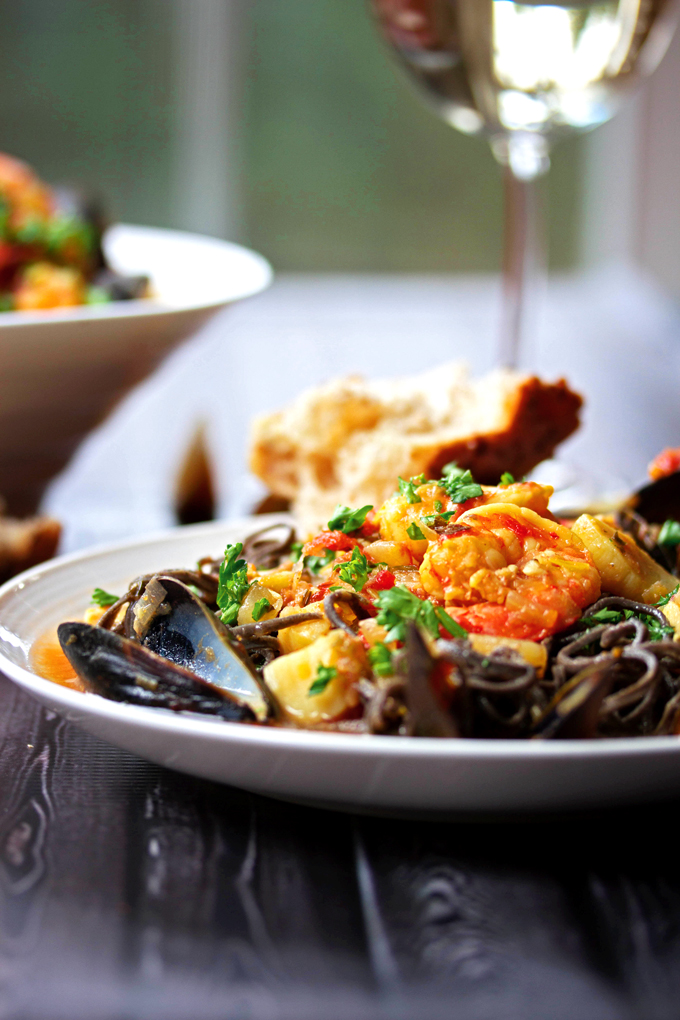 This seafood stew has white wine, tomatoes, garlic, clam broth, and saffron for the broth of the stew. Debbie uses prawns, halibut or mahi mahi, and muscles as the seafood, but you could really use any seafood you like. Salmon, clams, any other white fish, or crab. If you use crab, it would be best if you cooked the crab in the shell as that will add to the flavor and also protect the meat, keeping it tender.

Its important to clean and prepare shellfish properly.  Muscles need to be “debearded” and dead ones discarded.  Debearding is removing the sticky membrane the muscles use to hold onto things.  Most come debearded already, but make sure to check anyways.   You can tell which ones are dead by checking for muscles that are slightly open then tapping them against another one.  If it closes tight, then its alive, if it doesn’t, its dead and it goes in the bin.  Clams are treated in a similar manner.  Prawns need to be peeled and deveined.   Time consuming and somewhat tedious, but a necessary evil and well worth the effort. 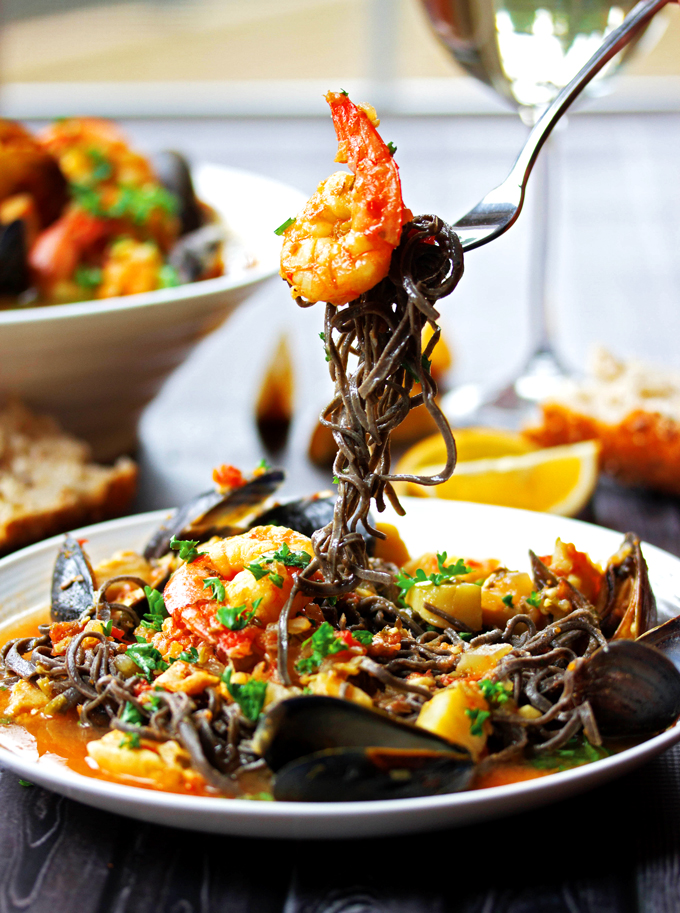 This stew is so fragrant on the stove with all that wine and garlic.  Debbie says it smells like the ocean in the best way possible. The ocean smell comes from the clam broth. I know that it doesn’t sound too appealing, but its really what makes the broth taste so amazingly salty and savory.  Combined with the wine, garlic, tomatoes, and flavored with the saffron, the broth becomes incredibly flavorful.  You don’t want to let any of that broth go to waste so Debbie always serves this stew with some crusty bread to soak up all the broth that’s left after all the noodles are gone.

Saffron is the most expensive spice in the world! It’s a good thing that a little bit goes a long way. When its dry, it kind of smells like dusty flowers which is not surprising since it comes from the inside of a special crocus flower. Its flavor and smell is intensified when its added to heat and liquid. It becomes sweetly earthy and adds and incredible depth of flavor to your broth. When you are buying saffron, look for vivid red or orange strands of saffron.  Don’t use saffron powder as it’s not the same.

Debbie likes to serve this seafood stew with black bean noodles.  They are meaty with a good bite to them and completely gluten free.  They also look awesome with the contrast in color!

I don’t know about you all, but I’m getting hungry! 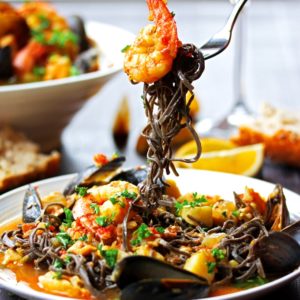